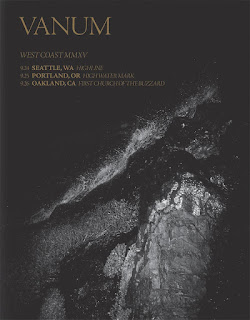 Vanum, the new project from M. Rekevics of Fell Voices and K. Morgan of Ash Borer will be embarking on a short west coast excursion in late September.  Further information regarding the performances will be posted when it is available.
Posted by m at 4:19 PM No comments: 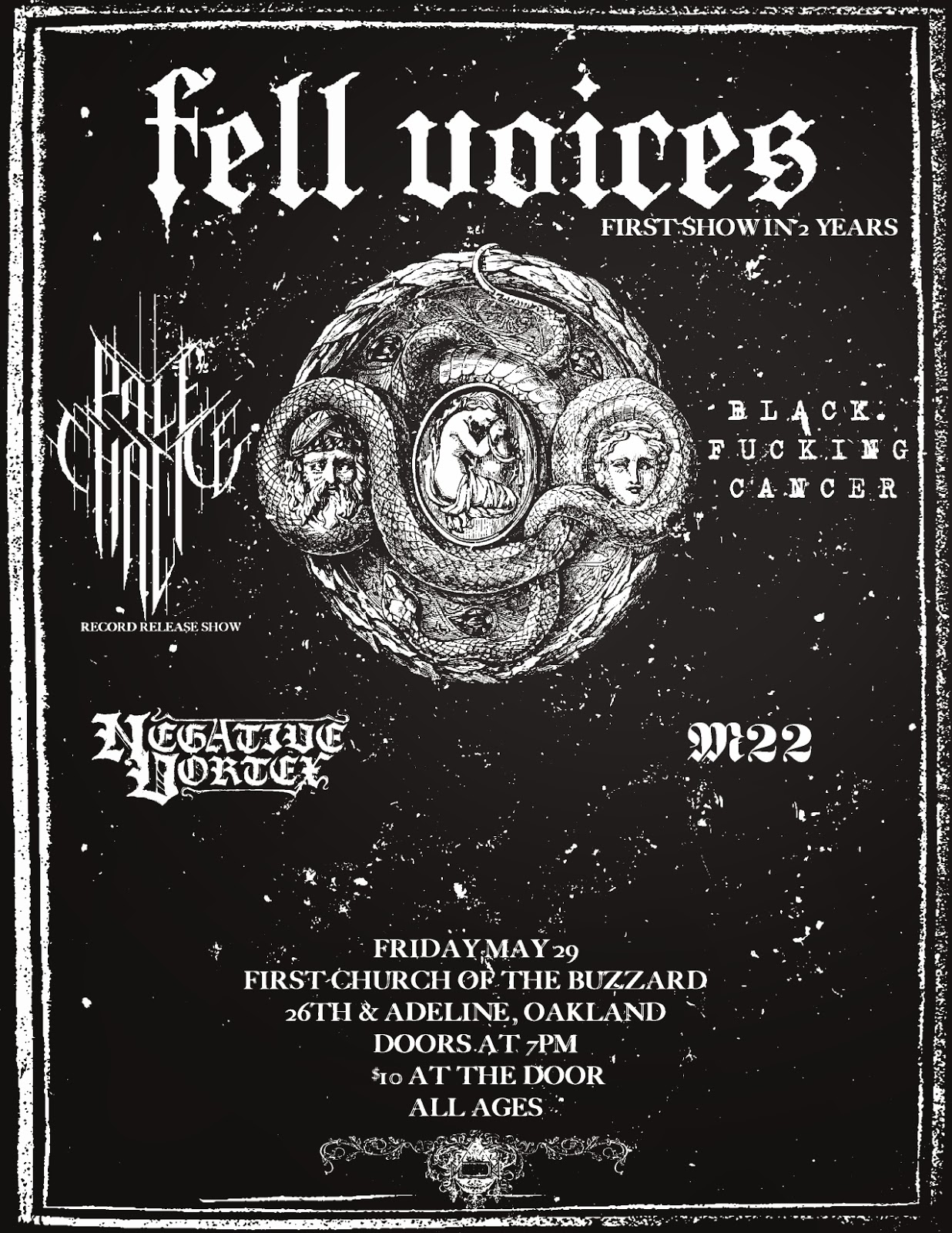 Friday, May 29th, Fell Voices will be performing in Oakland, CA for the first time in two years.  The show is at The First Church of the Buzzard and Pale Chalice, Black Fucking Cancer, Negative Vortex, and M22 will also be performing.  This is the only west coast appearance scheduled for the immediate future.
Posted by m at 11:33 PM No comments: 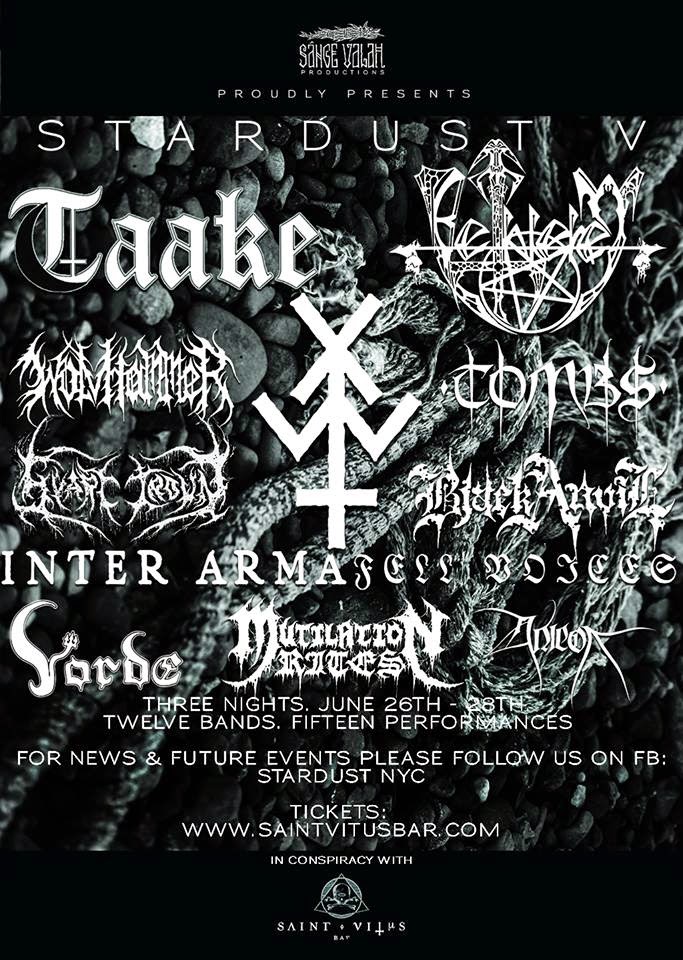 June 26th-28th of 2015, Fell Voices will be making two exclusive east coast appearances in Brooklyn, NY as part of the Stardust V event, alongside Taake and Bethlehem respectively.  All shows are taking place at Saint Vitus Bar.
Individual line ups for the three nights are as follows:

These will most likely be the band's only east coast performances this year.  Tickets as well as additional show information is available at www.saintvitusbar.com

A west coast appearance is also in the works for late May.  All specifics will be announced shortly.
Posted by m at 12:15 AM 3 comments: 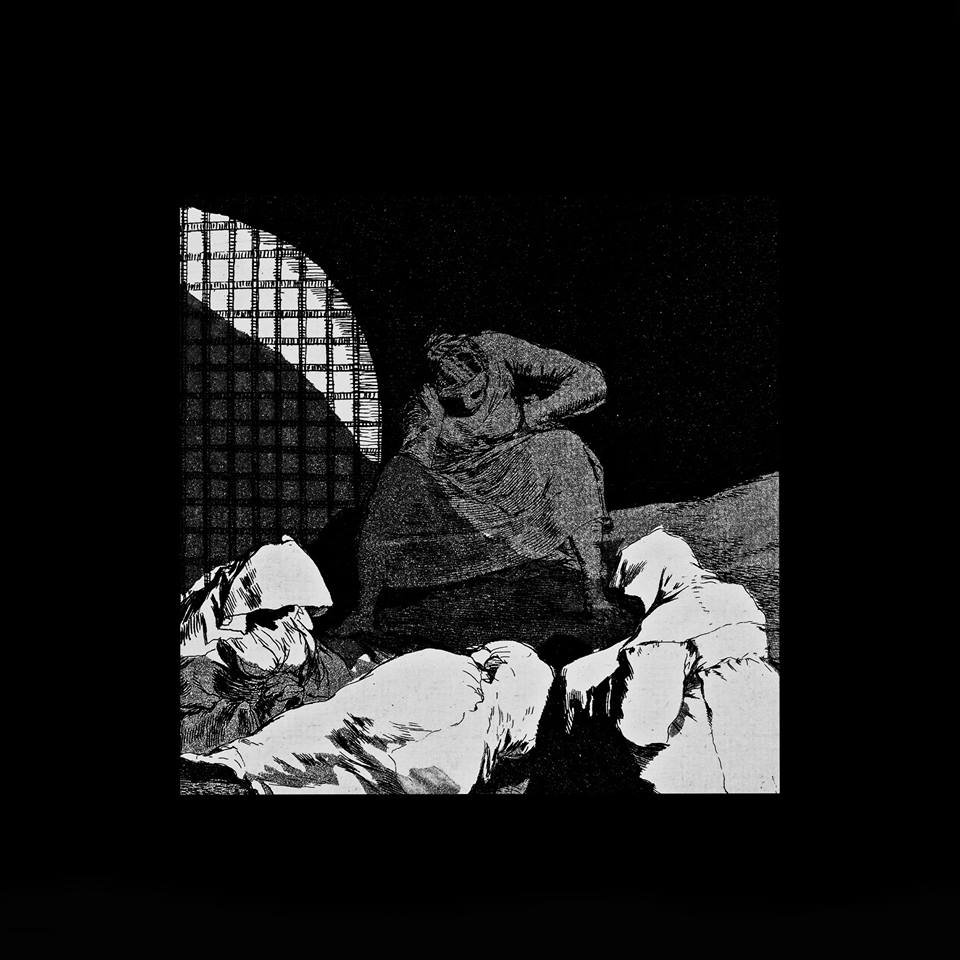 Secondly, at long last the debut full-length from Vorde is now available.  The records can be purchased from Fallen Empire and Psychic Violence, starting November 15th, and samples can be listened to at the Fallen Empire bandcamp.

A number of other new releases and projects are pending completion and will be announced soon.
Posted by m at 2:12 PM 1 comment:

eloquent words of time and silence